Fire TV Stick connects to your TV’s HDMI port. It’s an easy way to enjoy over 4,000 channels, apps, and games including access to over 250,000 TV episodes and movies on Netflix, Amazon Video, HBO NOW, Hulu, and more.
Cutting the cord? Watch the best of live TV on NBC News, NBA, and Sling TV, which includes ESPN, CNN, HGTV, AMC, A&E, Cartoon Network, and more.
4x the storage and 2x the memory of Chromecast plus a dual-core processor and 1 GB of memory 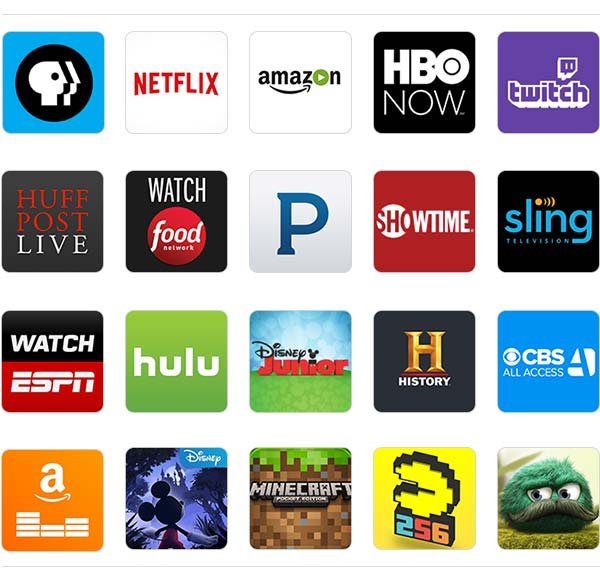 With over 4,000 channels, apps, and games, Fire TV Stick offers all your favorite subscriptions and streaming services. Watch over 250,000 TV episodes, movies, including live TV. Kick back with sports, news, music, and games. With instant access to Netflix, Amazon Video, HBO NOW, Hulu, and more, you’re sure to find something you love. Rent movies from just 99 cents. Watch live TV with Sling TV, which includes ESPN, AMC, HGTV, TNT, Food Network, ABC Family, and more. Enjoy access to Prime Video with a monthly exclusive Prime Video subscription or at no additional cost through your Amazon Prime membership. 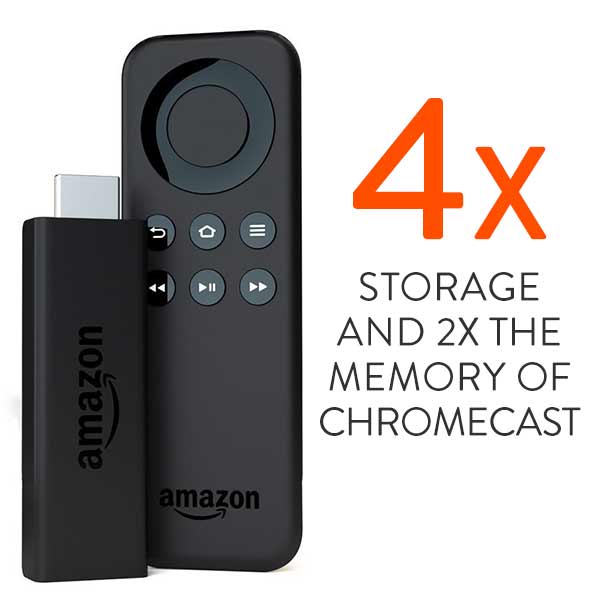 From the responsive interface to instant search results, everything about Fire TV Stick is fast and fluid. It’s all thanks to a dual-core processor, a dedicated VideoCore4 GPU, and 8 GB of storage—4x that of Chromecast. With Fire TV Stick, you can stream movies and TV shows in 1080p or 720p. With Dolby Audio, enjoy rich cinematic surround sound, consistent quality and enhanced volume level via HDMI (up to 7.1). Say goodbye to buffering: you shouldn’t have to wait 10 seconds for a video to buffer every time you press “Play”. ASAP (Advanced Streaming and Prediction) learns what Amazon movies and shows you like and gets them ready for you to watch.

Never miss an episode while you’re away from home. Fire TV Stick works with any HDTV, including those in hotels and college dorm rooms. Just plug and play anywhere—even with Wi-Fi that requires web authentication. Bring the world of online entertainment to any HDTV in your home. Fire TV Stick is so easy to connect to any HDTV, you can watch while cooking in the kitchen or relaxing in bed.

TV the way you want it 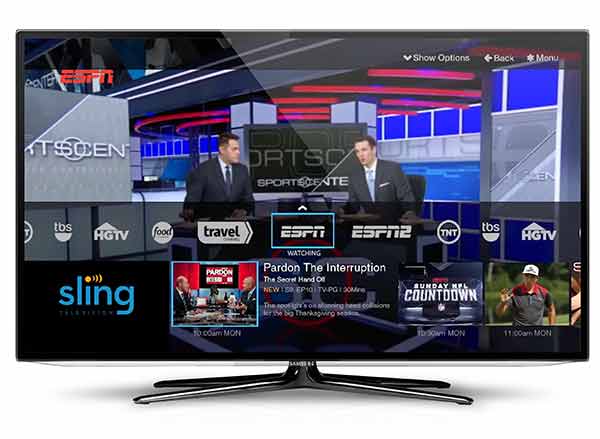 Use your cable subscription to stream what you love on-demand through apps like HBO GO, Showtime Anytime, A&E, WatchESPN, and more. Get access to all your favorites with Fire TV Stick—download the apps and enter your cable account information to start watching. Stream your favorite shows at the same time they’re broadcast with CBS All Access, the NBA app, MLB.tv, and more. Plus watch live TV with Sling TV—which includes ESPN, AMC, ABC Family, TNT, Food Network, Cartoon Network, Disney Channel, CNN, HGTV, A&E, and more. Subscription fees may apply.

Say it. Watch it.

Even better with Prime

With Prime Video, thousands of movies and TV shows including The Americans, Justified, and Downton Abbey, are available to stream instantly, at no additional cost. Access your favorite HBO shows like The Sopranos in the HBO Collection. As a Prime member, unlock hours of new shows created by Amazon Studios. From Bosch to the award-winning series Transparent, plus great shows for kids like Creative Galaxy, Amazon Originals showcase comedy, drama, and children’s programming you can only see on Amazon. With Prime Music, you can listen ad-free to over a million songs. And there are more than one thousand Prime Music Playlists to choose from based on your mood, activity, artist or decade of choice.

There are no reviews yet.

Only logged in customers who have purchased this product may leave a review.

We are pleased to have you join us!